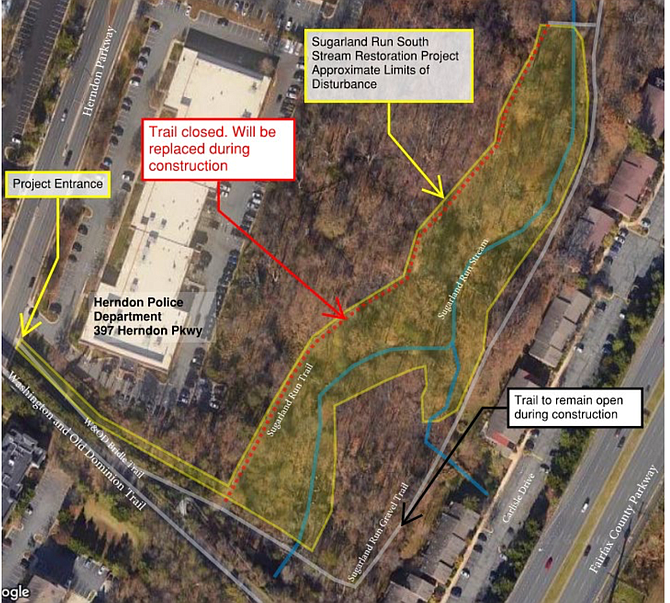 According to Scott Robinson, the worst-degraded section of the stream, approximately 1,200 linear feet on town property behind the Herndon Police Station at 397 Herndon Pkwy., will be restored beginning in November. Robinson said, and as depicted on the Concept Plan for the Sugarland Run (South) Stream Restoration Project, it is part of a more significant effort. One component is restoring the degraded stream's environmental integrity due to severe erosion. 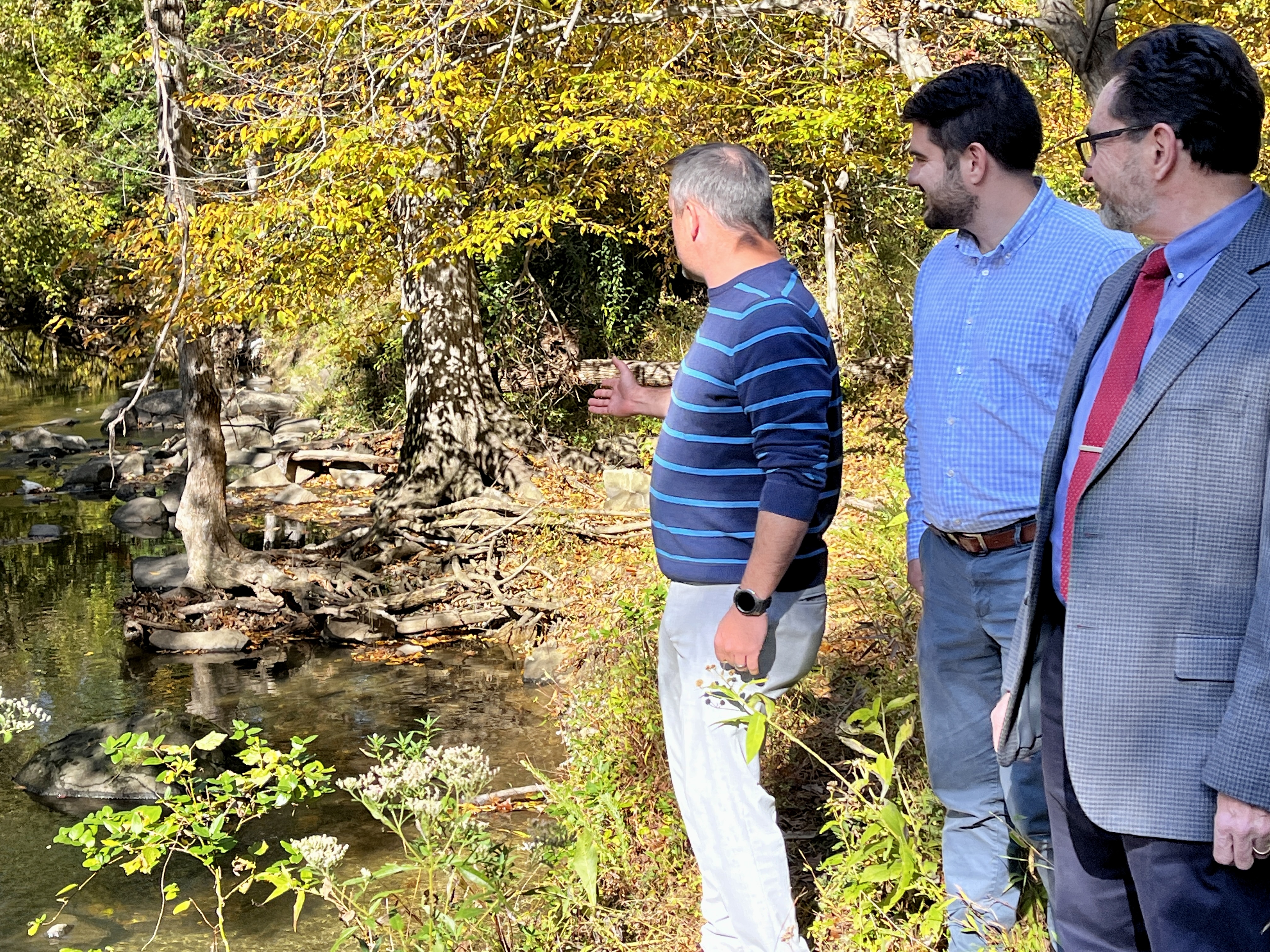 "We have studies on a couple of endangered species, the long-eared bat and the wood turtle. One of the goals of this project is to create a habitat that is encouraging to those species," Robinson said. Another effort is being made to improve water quality through natural channel design techniques.

Sugarland Run is affected from the WO&D trail crossing downstream to the pedestrian bridge crossing. This section of the stream parallels the Herndon Parkway, Lawrence Latour, PE, water resource engineer for the Town of Herndon, says. The paved trail that runs along the west side of the stream, closest to and parallel to the police station, will be closed as it is being replaced. The Sugarland Gravel Trail will continue to operate.

“But we will replenish and recreate a healthy natural habitat that promotes a resurgence of hundreds of species back into the stream to make it healthier." Because of the eroded stream conditions that were cutting down into the channel bed, the project was identified for stream restoration.

Smith said the project is funded by a stormwater tax assessment collected by Fairfax County. A portion is returned for stormwater system maintenance. "We request funding on a per-project basis, and this is funded through that," he said. Furthermore, the town was awarded a grant from the state of up to $830,000 to offset Fairfax County's input.

With the project's primary goal to return the stream to its natural state, it includes new native aquatic riparian plantings to help with stream restoration, according to Smith. These will prevent future erosion and help to stabilize the stream. In addition, over 3,000 live-stake trees will be planted along the banks. "On top of that, we'll have over 1000 native shrubs and plants," Smith said. "Every one of our species is native to this area." Before any construction can begin, permits must be obtained from the Town of Herndon.

For Town of Herndon residents concerned about the annual fishing derby, Latour said the town is looking into relocating it further north, possibly to Runnymeade Park. "It would be wonderful, and we're excited once the plants have established in our stream restoration area to have the public back there, but it's really important to have plants fully established," Latour said.