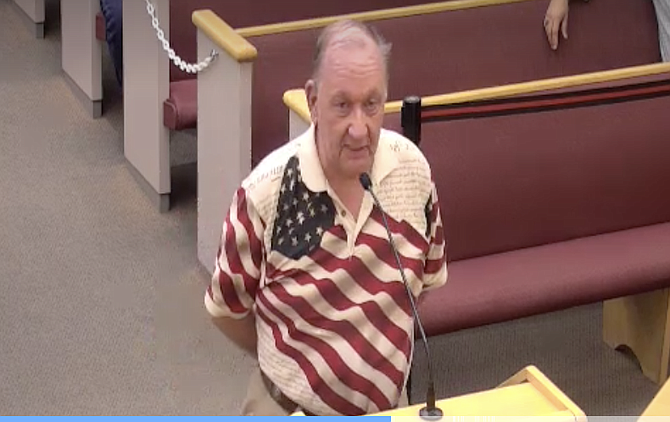 “This is a solution in search of a problem.” — Bryce Cumble Town of Herndon resident, opposes the gun ban-[Public Hearing Sept.14] 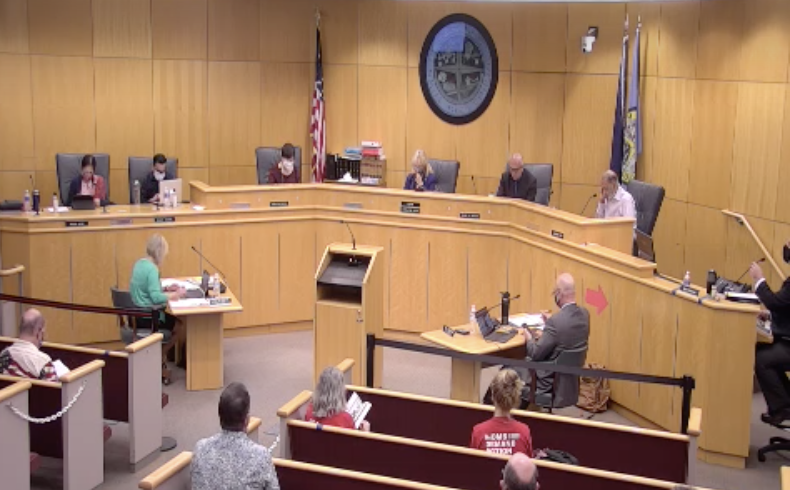 Herndon Town Council in session. Before the vote, Singh explained that metal detectors would only be used at the Herndon Council Chambers in ‘Option B,’ thus lowering expenses.

According to Lesa Yeatts, town attorney, at the Sept. 21 work session, Counc 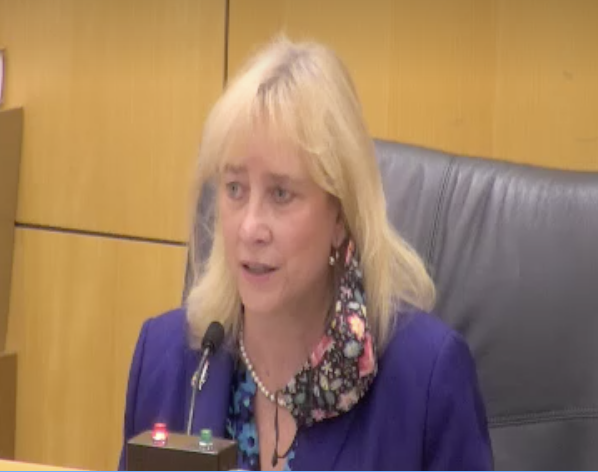 Mayor Sheila Olemil had directed her to bring forward on Sept 28 an ‘Option B,’ focusing on firearm prohibition in just town buildings making it less restrictive.

Yeatts said in her staff presentation to Council before their vote, exemptions remained the same and included Senior Reserve Officers’ Training Corps program, sworn law enforcement personnel, security personnel hired as employees or contracted by the town and who were authorized to carry firearms and Town buildings operating as a courthouse. A violation would be a Class 1 Misdemeanor.

Yeatts added that budgetary impacts for enforcement of the ordinance would be $6,000 for signage and, based on facilities included and level of security desired, $0-744,600 for other items necessary for enforcement and protection of staff and visitors such as metal detectors and staff to operate them.

With the approval, the Town of Herndon joins other, mostly larger Virginia jurisdictions that enacted similar ordinances after Virginia General Assembly, effective July 2020, voted to allow local jurisdictions the power to adopt their ordinances prohibiting firearms in some public places. Arlington, Loudoun, and Fairfax counties and the cities of Alexandria, Charlottesville, Falls Church, Newport News, Richmond, Roanoke, Winchester, and the Town of Blacksburg approved firearms restrictions.

The topic of adopting an ordinance prohibiting firearms had come before the Herndon Town Council at least eight times between April 6 and Sept. 21. On May 6, Council marked Gun Safety “High Priority” on its Strategic Initiatives. On June 1, Council reached a consensus to move forward in September with two public hearings.

In addition, Olem said in an interview that the tally of written emails and correspondences received by Town Council by Sept. 28, according to her count was 361 written comments. However, only 39 were town residents;  36 of whom opposed the gun ban, and three supported it.

Mayor Olem said that her concern with the ordinance is that it addressed a problem the Town of Herndon didn’t have. “According to our professional law enforcement staff, we do not have a problem with guns in our public town buildings or parks. Simply placing signs on town public buildings and at parks will not deter crime from happening at that location and could encourage individuals to open carry to test our ability to remove them from the location.”

Vice Mayor Cesar del Aguila said by Council voting approval for the new gun restrictions, the town “joined other county municipalities across the state, taking steps toward addressing a trend of growing  gun violence.” “We set forth for future Councils that there won’t be any type of issue with people bringing and displaying arms in council chambers. …The Democratic Party has always endorsed gun safety, gun control…Over the next couple of weeks, we will start dialing into what we want to fund.”