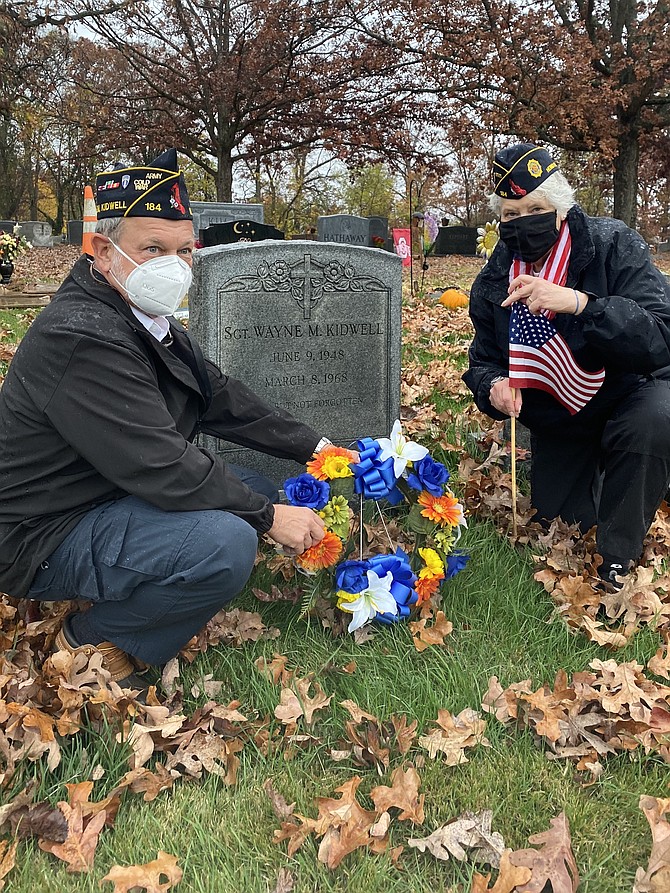 Michael Cutler, Vice Commander of The Wayne M. Kidwell American Legion Post 184 Herndon-Reston adds a remembrance wreath and Christine Cutler, Post Adjunct, places a small flag at the final resting place for Sgt. Wayne M. Kidwell United States Army of Herndon who was killed in combat on March 8, 1968, in the Thua Thien Province of Vietnam. The Post is named after Kidwell.

Due to COVID restrictions, the Town of Herndon canceled its public recognition program on the Town Green for its Veterans Day Observance sponsored annually by The Wayne M. Kidwell American Legion Post 184 Herndon-Reston.